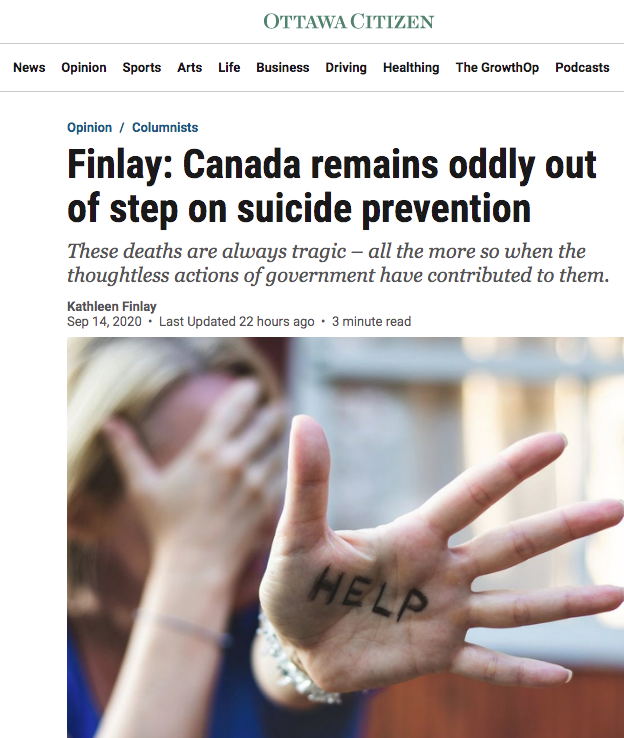 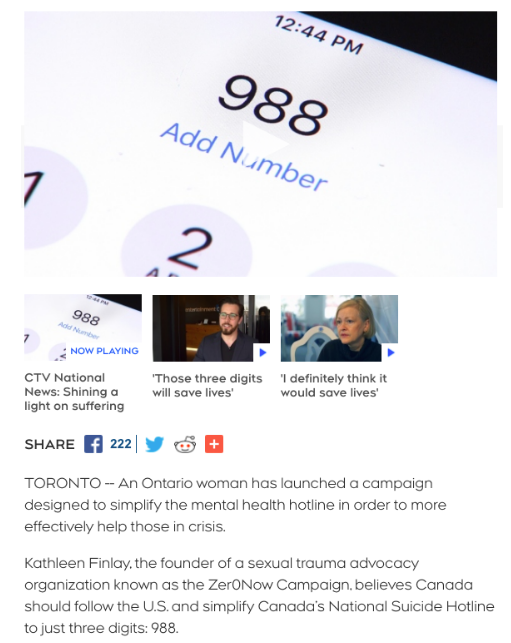 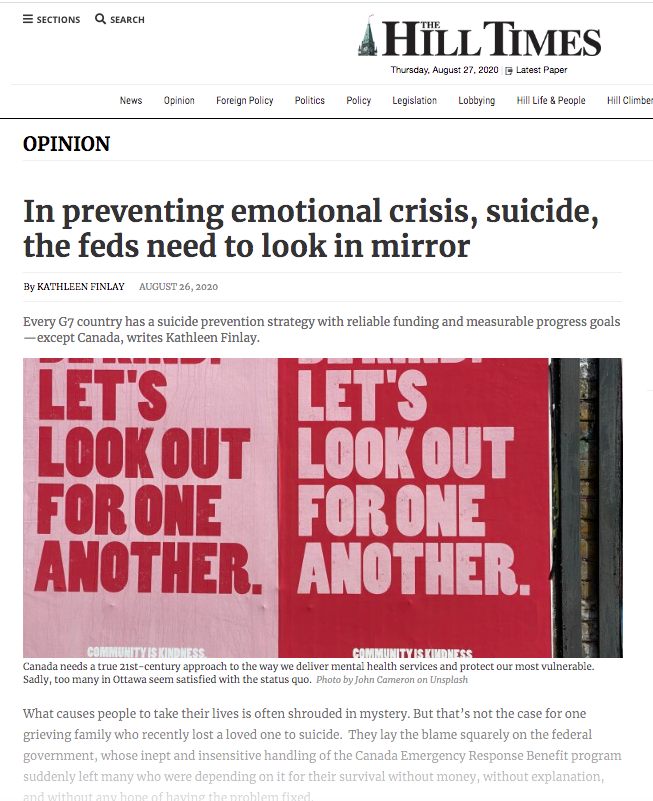 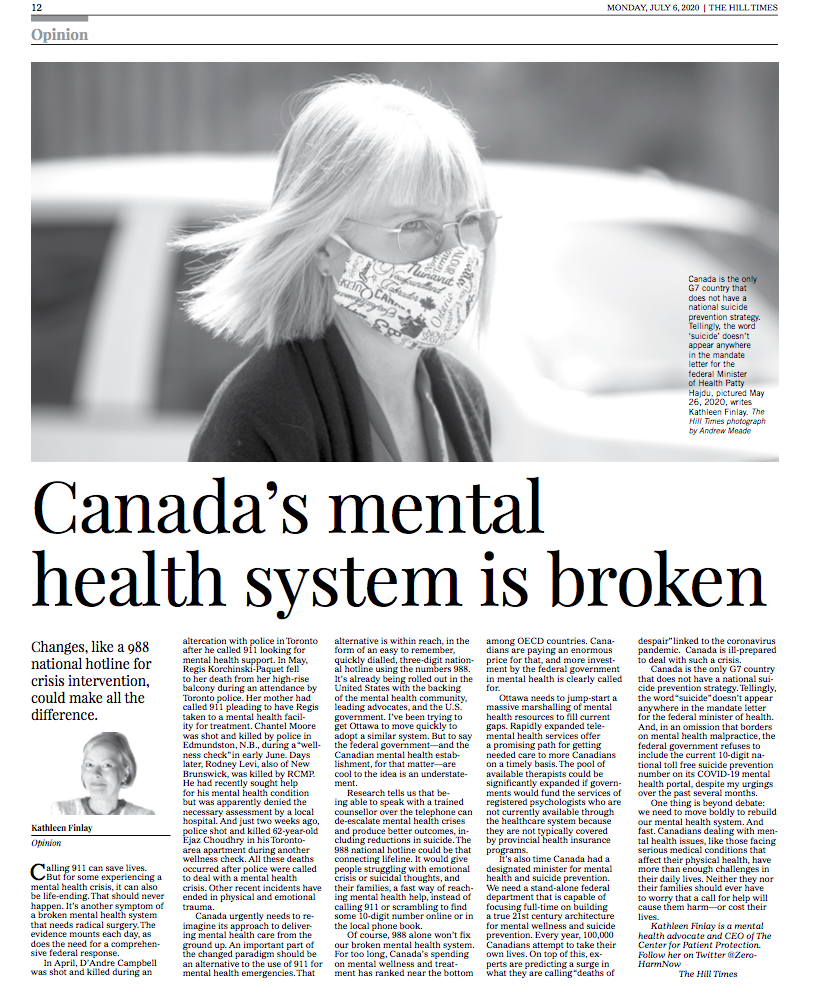 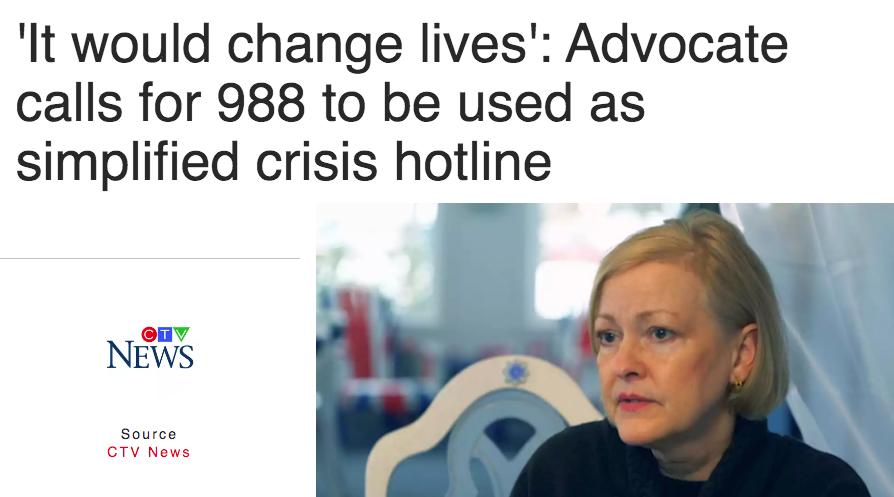 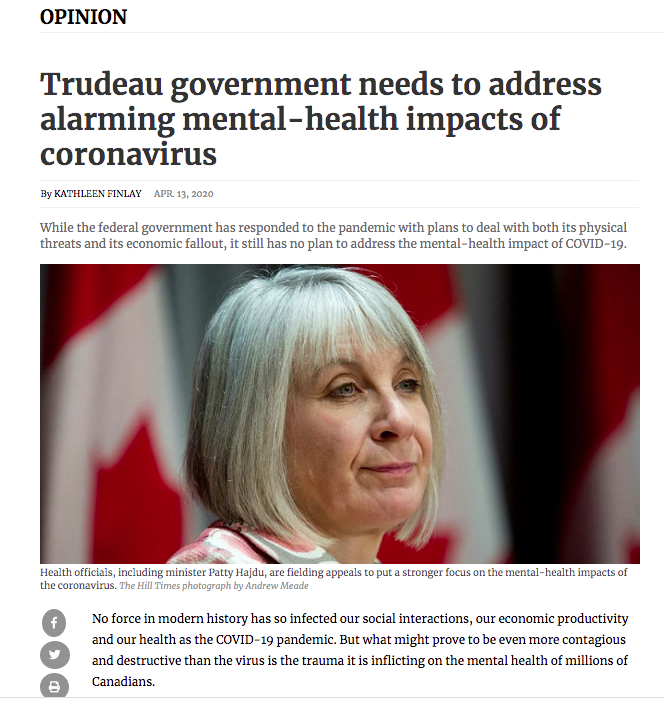 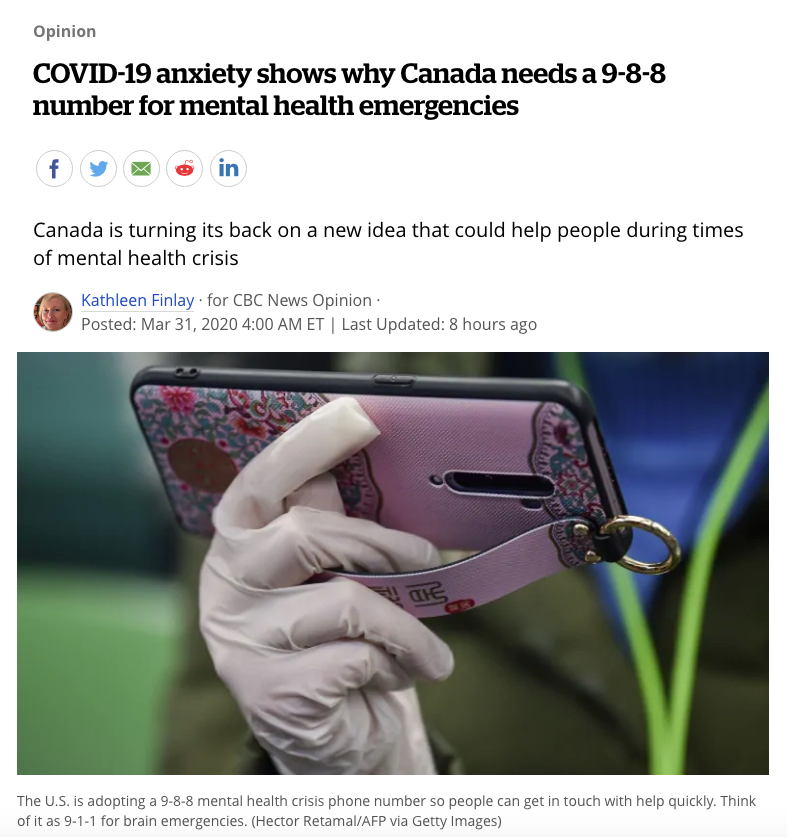 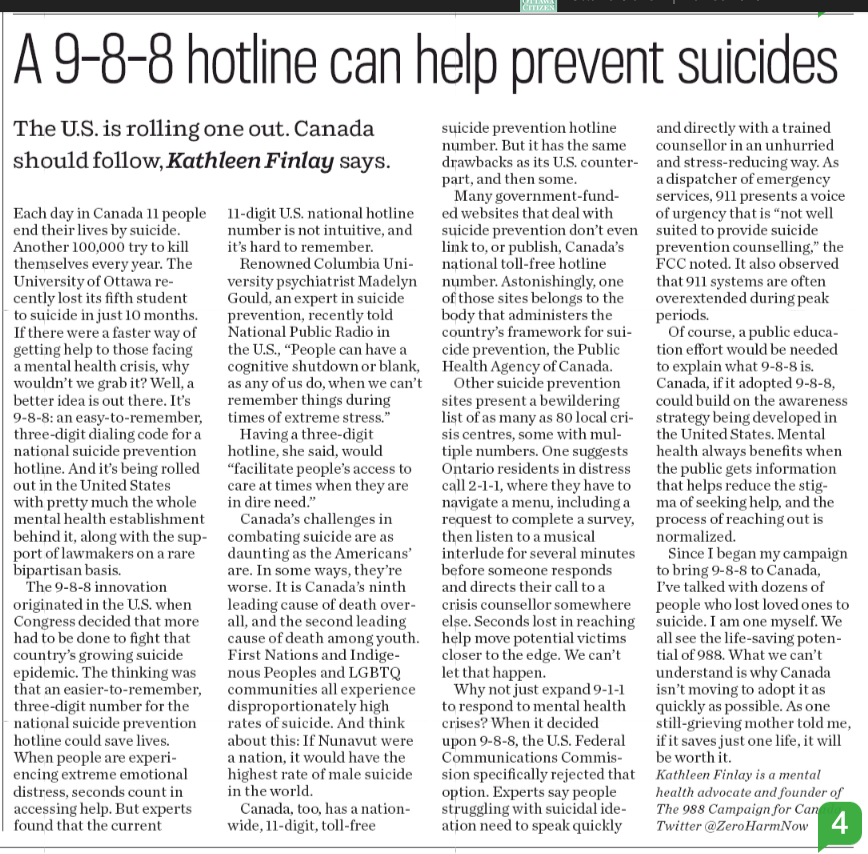 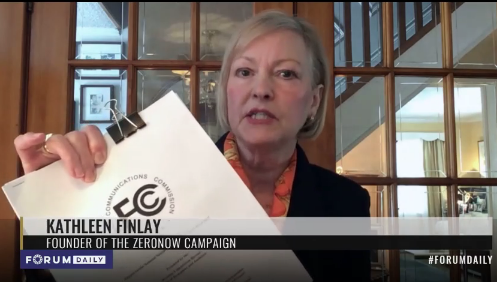 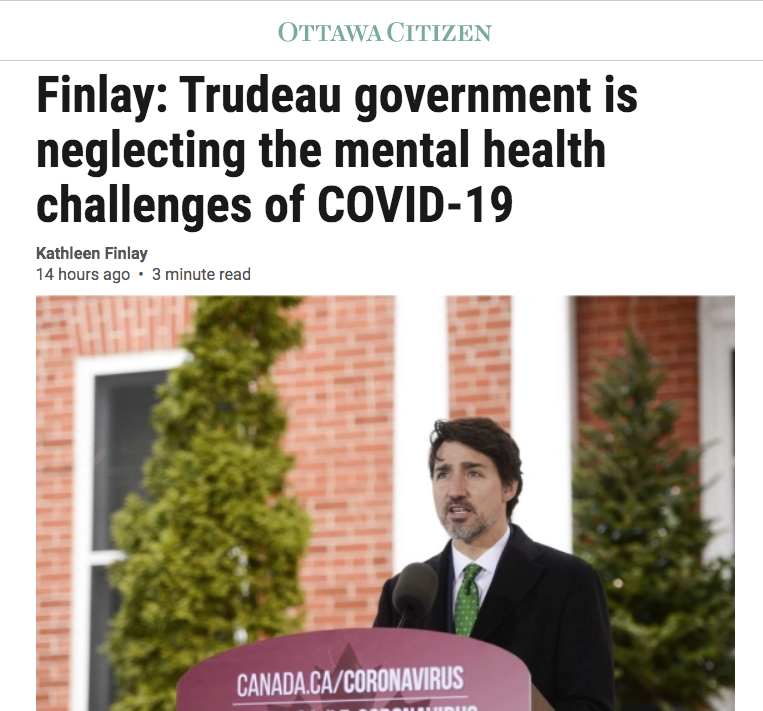 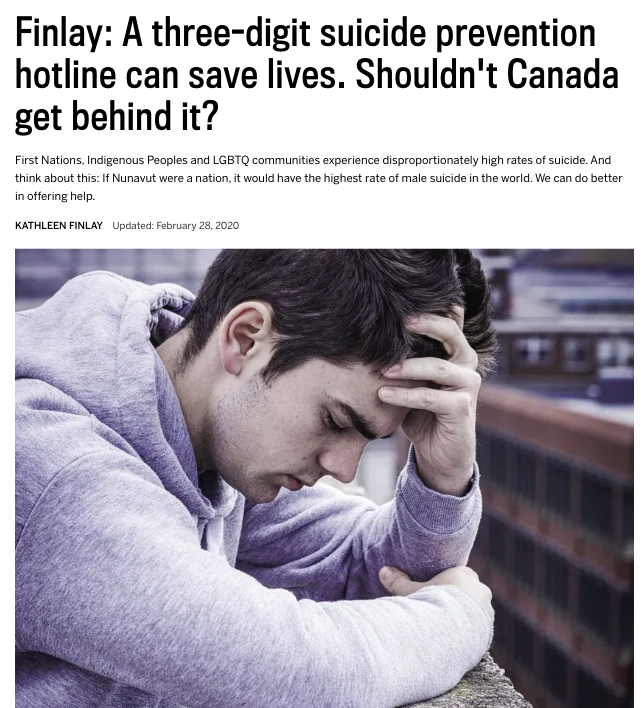 We are always happy to work with media outlets, journalists and scholars in raising awareness about The 988 Campaign for Canada. Now underway in the United States with the whole hearted endorsement of the entire mental health community and unanimous support in the U. S. Congress, 988 in Canada would be a solid step in combating the surge of mental health crisis and suicide here. In a feature interview where Kathleen Finlay introduced the idea to Canada, CTV National News called 988 “three numbers that can make all the difference.”

Kathleen is also available to talk about the public health crisis of suicide facing Canada and the need for urgent measures to deliver better mental health care, which she has written and spoken about extensively.

Contact us below, and we will respond as quickly as possible. 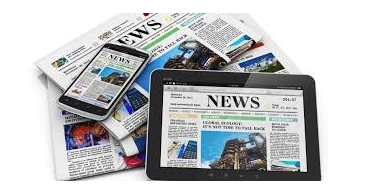